This is the recognized web site for the Shire of Glynn Rhe of the Society for Creative Anachronism, Inc. and is maintained by Lady Evangeline Bajolet.

For information on using photographs, articles, or artwork from this web site, please contact the Webminister at Web.GlynnRhe@Meridies.org.  He or she will assist you in contacting the original creator of the piece. Please respect the legal rights of our contributors.  The original contributors retain the copyright of certain portions of this site.

All external links are not part of the Shire of Glynn Rhe web site. Inclusion of a page or site here is neither implicit nor explicit endorsement of the site. Further, SCA, Inc. is not responsible for content outside of meridies.org and glynnrhe.meridies.org. 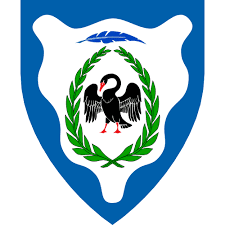 The Shire of Glynn Rhe is the local chapter of an international organization founded in 1966 and dedicated to the research and recreation of pre-17th century European history, called the Society for Creative Anachronism (SCA).  It is a not for profit, educational organization wherein the members learn from “hands on” participation and conduct classes and/or demonstrations where they teach others what they have learned.

Geographically, the organization is divided into regions, or “kingdoms” as they are called in the Society. Glynn Rhe is located in the Kingdom of Meridies.  Meridies contains the states of Alabama, Tennessee, nearly all of the state of Georgia, the panhandle of Florida, and small portions of both Kentucky and Virginia. The shire of Glynn Rhe covers the area of Morgan and Limestone counties in North Alabama.

The members of our group engage in activities as they do across the Society, participating in things such as armored single and group combat, and artistic endeavors such as painting, illuminating, making clothing, equipment and artifacts of the Middle Ages, so as to participate in weekend events were we try to experience what it might have been like to live in such times.

We are a family-oriented group, and many of the member families have children of all ages who also participate in the fun!